Cheering on every athlete from the first rep to the last

This blog post was originally posted by Trident athlete Ericka Andersen on her site sweetlifeericka.com. She’ll be attending the upcoming CrossFit games and blogging about her experience.

A few weeks ago at the Crossfit Games regionals, I caught myself almost tearing up. What?! I was watching people dart up ropes, grunt and lift and sweat and curse. I was screaming for them to keep on keepin’ on! I was living through the power in their legs and the determination in their minds.

Found this pic on another crossfit blogger’s site — from the Games last year: 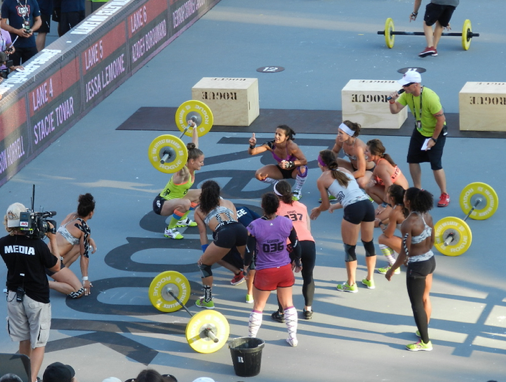 At every competition, you will see the winners, the teammates, the judges, the crowds, huddled around those in last place cheering them on like they are about the win the gold in the Olympics.

For the competitor, you might think it’s embarrassing or overwhelming, but most people find it — beautiful. No one is going to feel awesome about coming in last place but there’s something about feeling like people care that you finish that matters. 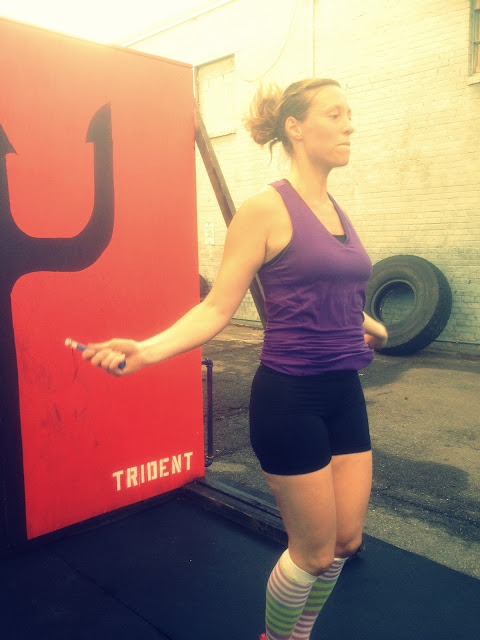 I have never competed so I can’t say for sure but…I know how it feels to fail or to come in very far behind. And I know how it feels when someone puts their arm around your shoulder and tells you how hard you worked, how great it is you had the courage to try and how that matters more than anything.

When someone puts their HEART into something, you see it, you feel it. Sometimes, crossfit WODs are only 5 minutes. Sometimes, that 5 minutes takes every bit of heart that you have. Sometimes you feel like you can’t but you tell that voice in your head to shut up and do it anyway. Sometimes one more squat feels impossible but you reach in and grab it anyway.

There’s something about laboring with someone in spirit on their last reps, in last place. It’s a human connection that you can’t get any other way. When they get a “no rep” after going all the down into the squat, it’s anguishing. But when they stand up their second try even stronger, it’s exhilirating. Then, you know you can do anything — even if you haven’t done anything at all.

That’s why the last rep from the last man makes you cry.

Tags :
Ericka Andersen Leave no one behind Support everyone Sweet Life Ericka The Games
Share :