This blogpost was originally posted by Trident athlete Ericka Andersen on her site sweetlifeericka.com.

So it was a packed weekend for me. I came home from NYC on Saturday and then got to go to the Crossfit Mid-Atlantic Regionals on Sunday! 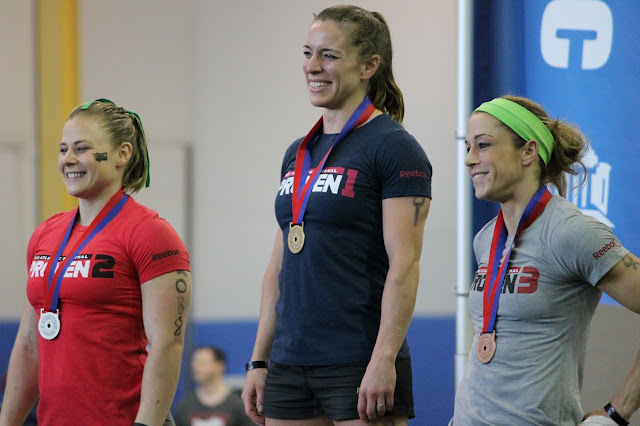 Chriss and Andrea — the owners of my box, Trident Crossfit, basically organize the entire event and I was able to snag an entry — woo hoo! This was my first crossfit competition to watch in person and I was excited to be right next to the action! 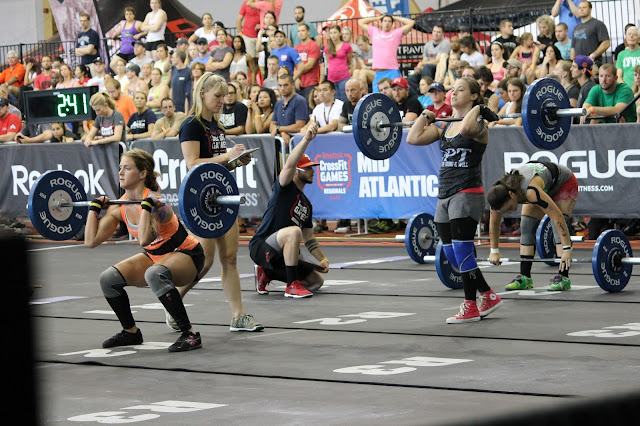 I drove out to the event, which was in Landover, MD about 25 minutes away with Amy — who has recently jumped into the sport hardcore. She had already been on Friday but was ready to go again and I was glad to have a friend to go with. 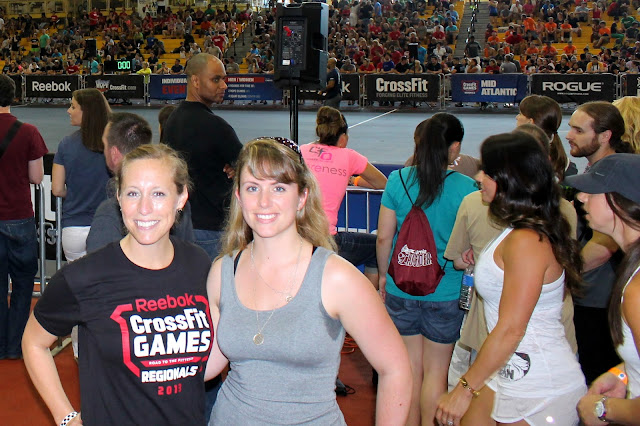 When I arrived, I saw a ton of Trident folks hanging out and watching. I haven’t really seen many folks outside normal class time so it was nice to be social in a less structured setting. Got a shot of some of us: 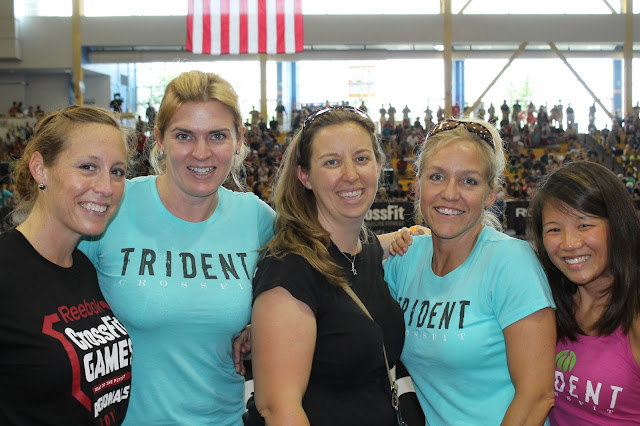 All the heats I watched consisted of this WOD:

I’m not sure what the weights were unfortunately but obviously, they were not light!

The fastest dude completed this in about 4 minutes, which is absolute insanity to me. I can’t remember the fastest girl but it must have been under close to 5 minutes. 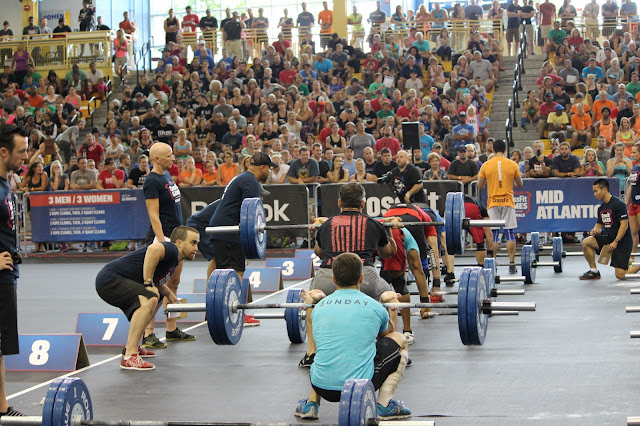 I was just staring in awe at all the amazing, strong bodies present at the competition. I found myself wondering — what do their daily diets consist of? How much training do they do? I was mostly focused on the women, obviously, since they are kind of…my idols 🙂

Unlike any other sport (besides gymnastics), I could watch crossfit competitions for hours. You are just in the moment with them as they squat, run, jump and feel the burn. Watching these peeps push themselves up from their squats was excruciating and empowering! 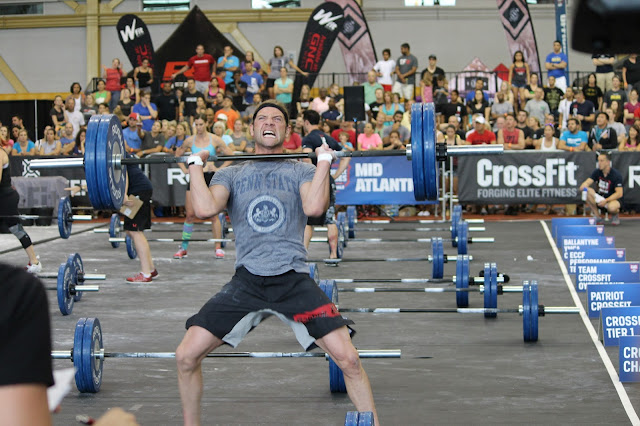 And these competitors can climb the ropes like a champ. They were like fast monkeys just up and down, up and down. I recently made it up the rope all the way for the first time…so watching them complete rounds and rounds of it was humbling.

This girl had a knee brace on and still rocked it: 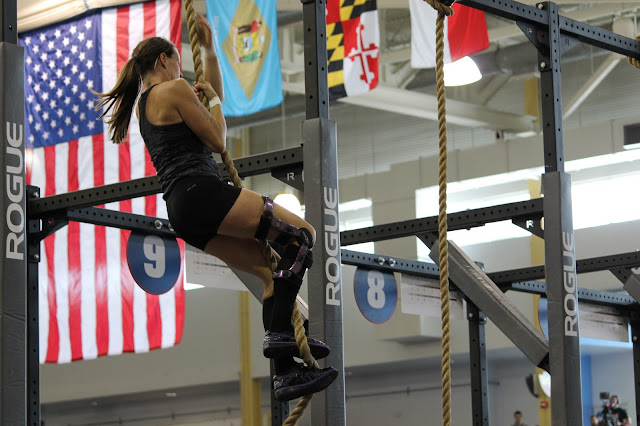 After watching the competition for a bit and snapping photos, I ran into Andrea (Trident owner), who asked if I could help out because they were missing some volunteers. I was more than happy to oblige and got a spot in the media tent! Plus, I got a free Games t-shirt — worth it 🙂

This pic looks a little funny because it’s from Instagram: 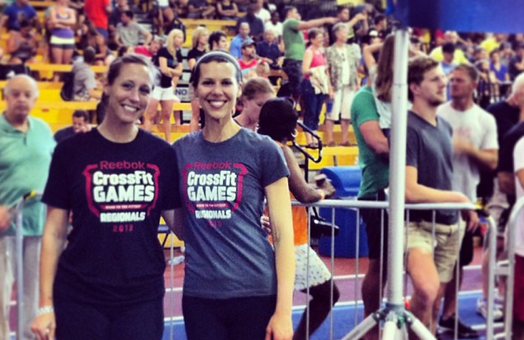 I got to stand by the announcers and it gave me a prime spot for watching the competition as well. Loved it! These girls were SO impressive — and this is only regionals. I can’t wait till I’m in California watching the final Games.

Oh — did I tell you yet? I’m going to the Crossfit Games!! Reebok selected me as a blogger so I’m heading there next month with them and I couldn’t be more excited! I’ll be going with Anne, Tina and Gina — woo hoo! 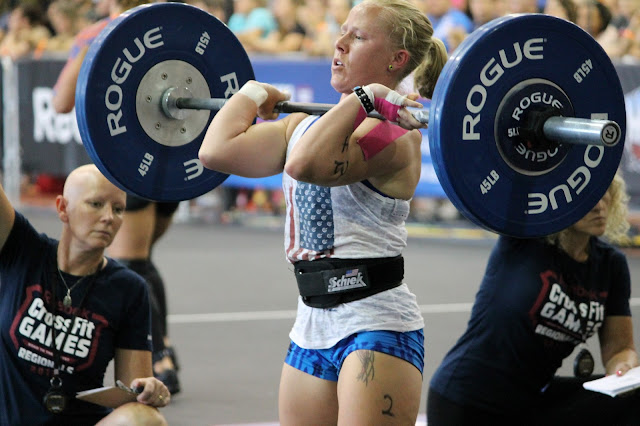 Obviously, this chick is a badass…like pretty much everyone else competing but I loved that I was close enough to take shots like this from the media tent. Here are a couple more: 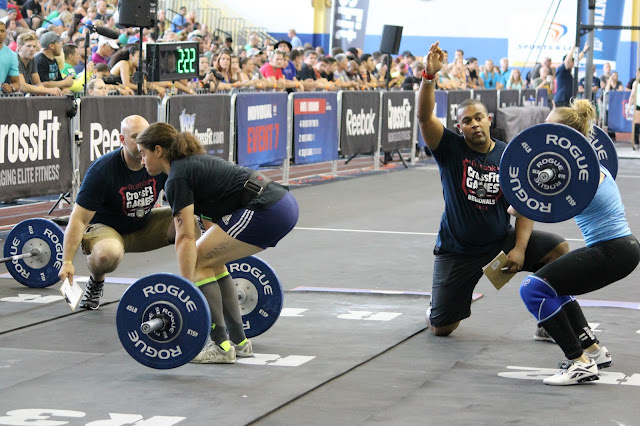 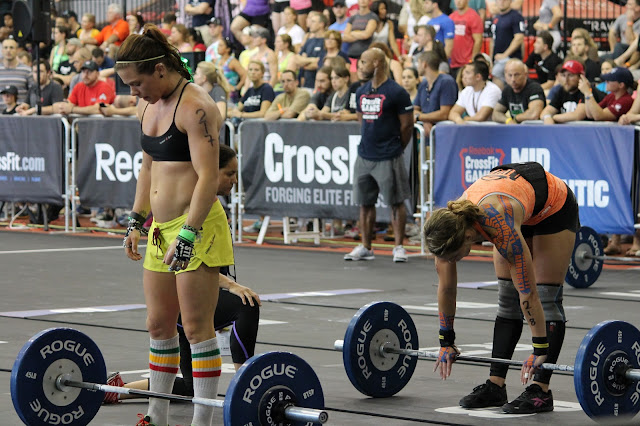 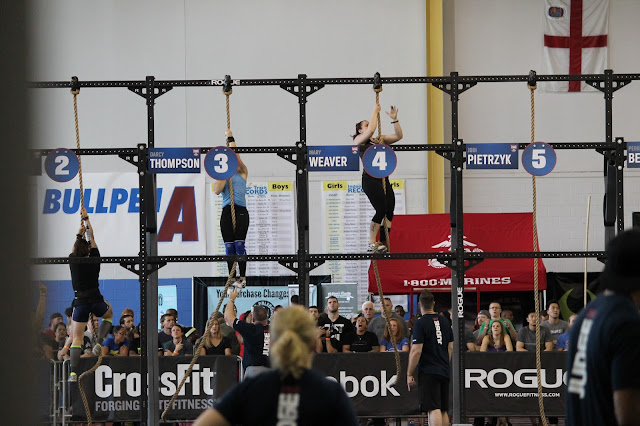 Each competitor had their own personal judge to make sure they did every move right — lest they heard the dreaded “NO REP!” I heard several of those throughout the day and cringed every time for the person that got them. It takes a lot of energy and to no rep is a huge no-no for placing in the competition: 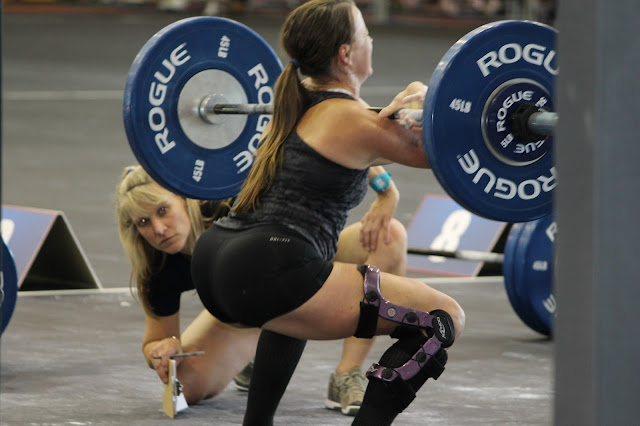 Let’s be honest: This girl has an fantastical booty.

I caught this couple kissing after their team won a heat. I later found out that they were a married couple on the same team — which ended up placing 3rd and earning a place at the Games: 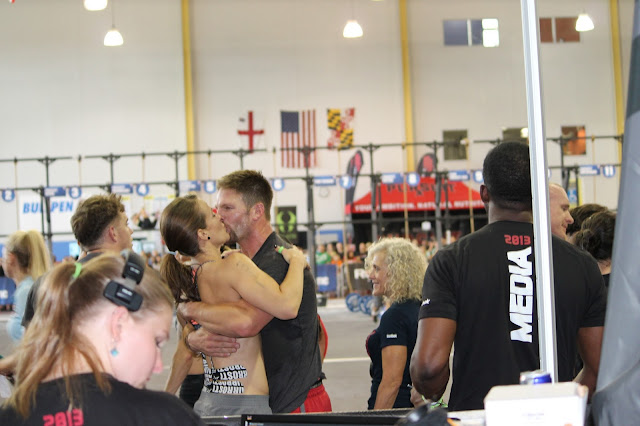 After it was all said and done, it was time to hand out awards. I loved watching the winners come out, receive their medals and stand on their platforms. Liked this shot I took of the winning team rejoicing in their victory: 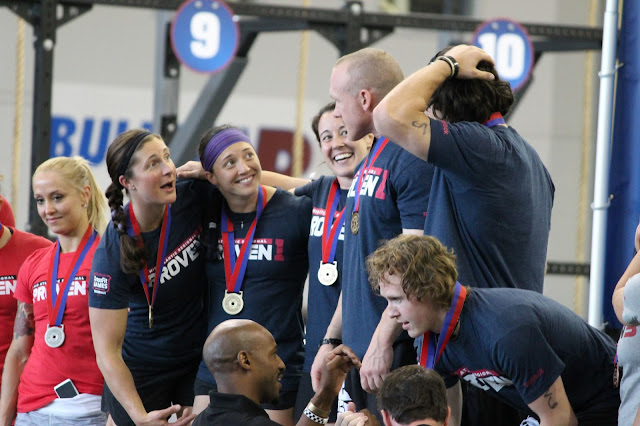 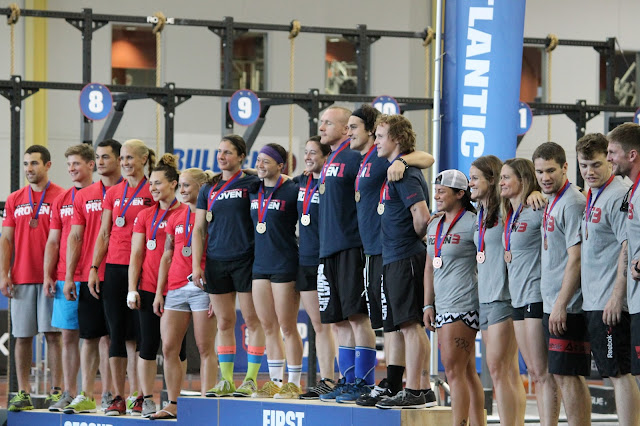 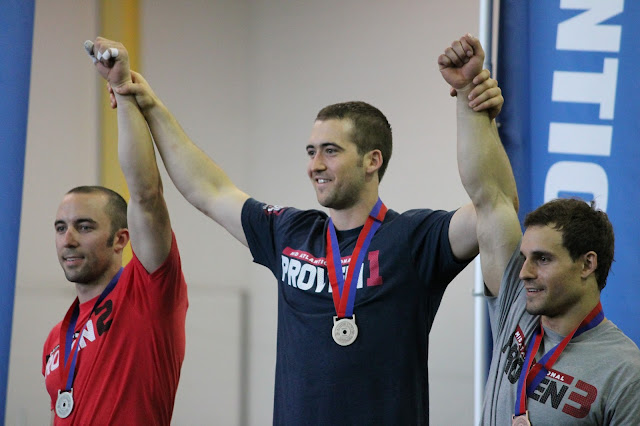 Needless to say, I had a great time! I only wish I could have been there more than just Sunday. However, I’ll have plenty of Crossfit fun in California. I actually have a few other tidbits to share with you about the day but have another post in mind for that.

I was raring to get to Crossfit this morning and be fierce after watching all that competition. I’ll never be a competitor but…I know I’m getting stronger. I’m lifting more on bench press these days, doing real push ups more often and just going up in weight a litttttle bit everywhere. Yay!

Like most crossfitters, I hate when I hear girls say they don’t want to do it because they don’t want their arms to get big. I’m seriously just like…bring it. Bring the muscle, bring the arms. I kind of loathe the “strong is the new skinny” phrase but at same time, I can appreciate it. I’d rather be strong than skinny — whereas in the past, it was the opposite. Hooray for body image freedom 🙂